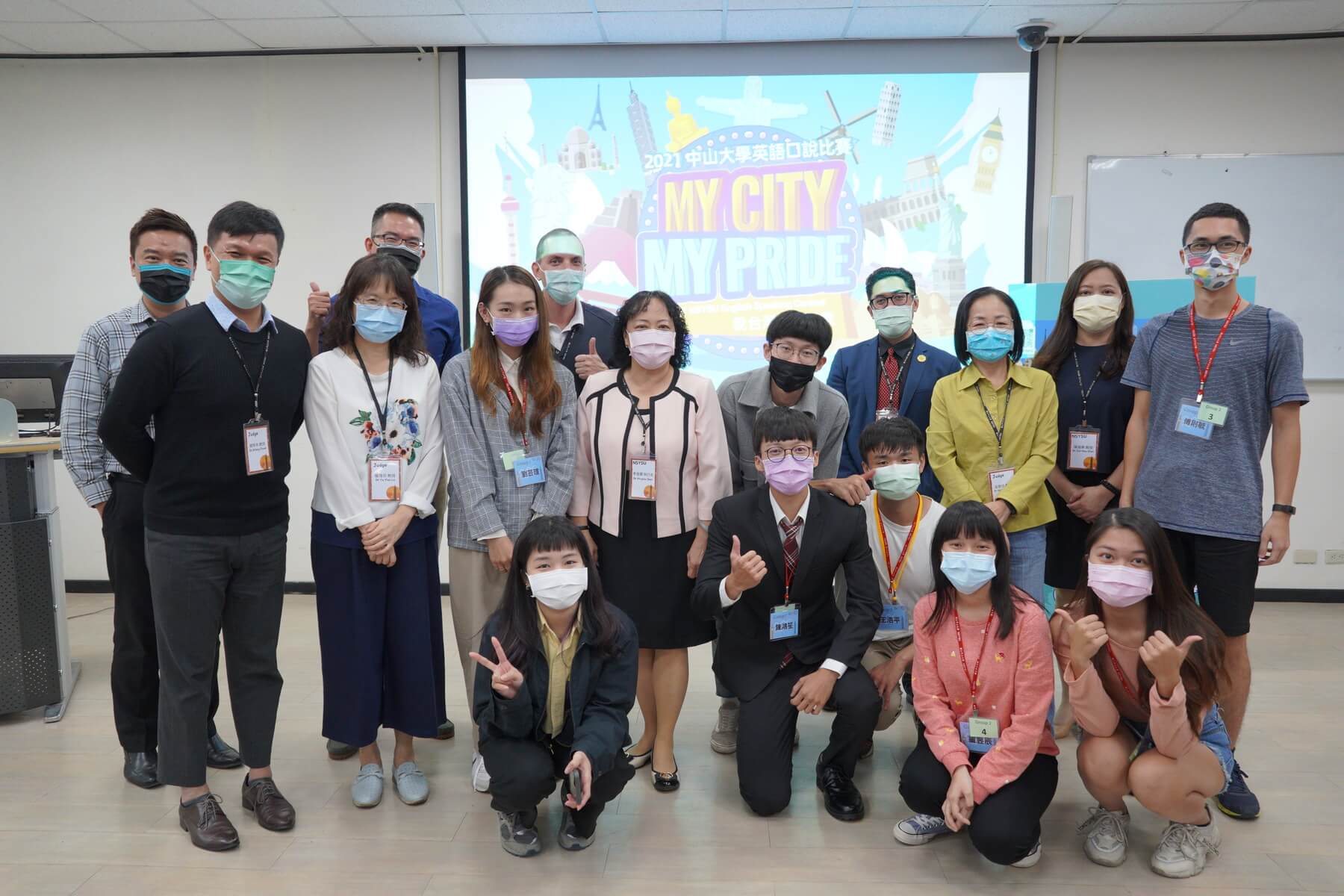 The Center for EMI Teaching Excellence at Si Wan College at National Sun Yat-sen University organized the NSYSU English Speaking Contest – My City! My Pride!, providing students with a platform to showcase their English speaking skills. The contest broke with the traditional form of speech supported by a presentation, encouraging students from Taiwan and overseas to use creative ways to take the stage and introduce their hometowns. The perspective of local students helped international students learn about the features of various cities in Taiwan, while the diverse perspectives of international students introduced local students to various corners of the world. This competition stood out as it motivates students to broaden their horizons and learn about Taiwan and other countries. 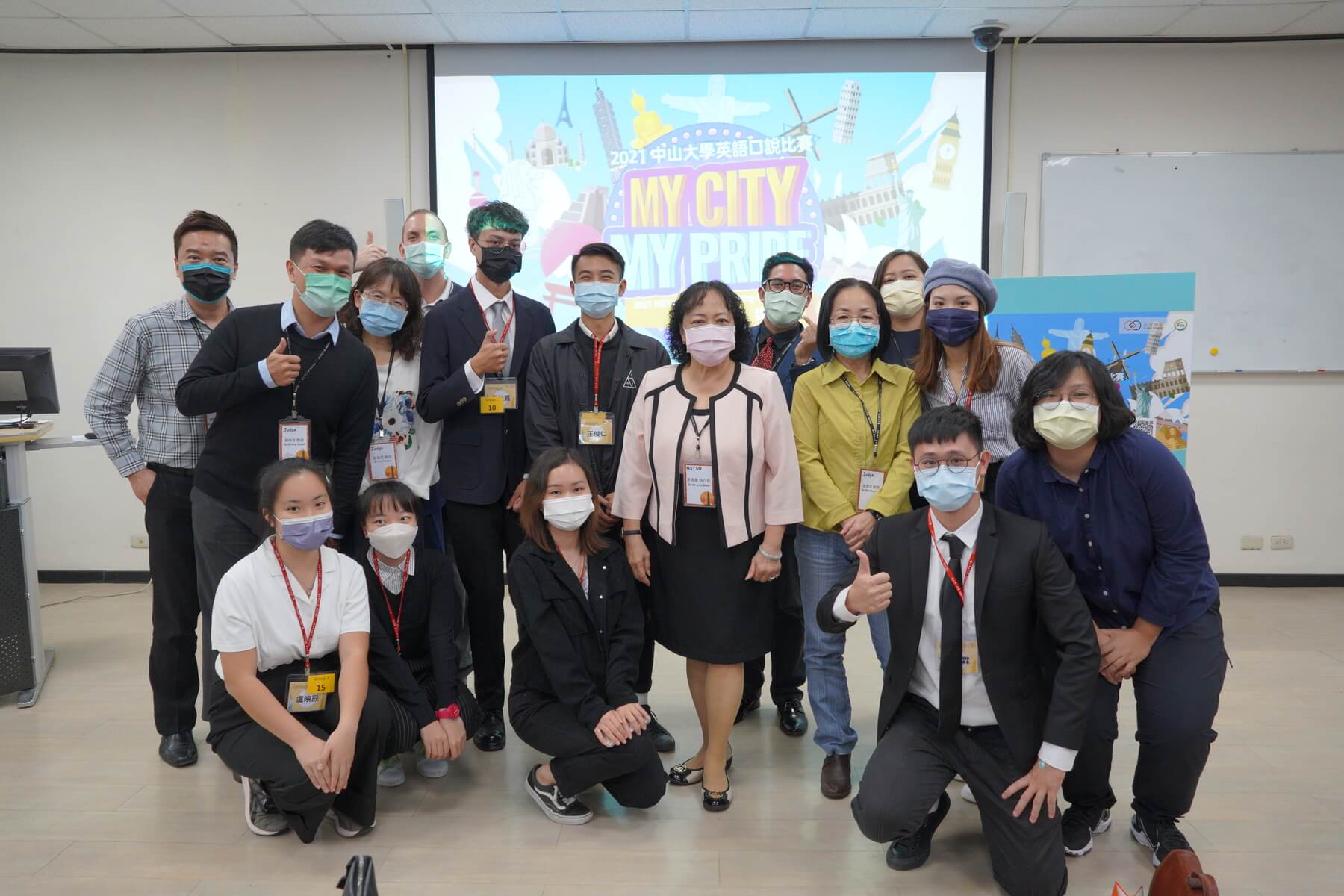 In the preliminary round, a total of 105 participants recorded videos introducing the features of their hometowns. A student returned home six times to shoot creative scenes with oneself as a wizardry school student traveling around Tainan with magical glasses. The competitors were divided into two groups: in the first group, students of the Department of Foreign Languages and Literature competed with students of English-taught programs and international students. The winner of the Contest in the first group, Chih-Chia Chang, a freshman in the Department of Foreign Languages and Literature, was surprised and honored to have won over many seniors from his Department. He said that comparing to previous English speaking contests, this competition was relatively relaxed and allowed him to learn about cities he was not familiar with. Other students were included in the second group. The champion of the second group, Hung-Sheng Chen, said that all of his competitors had good English proficiency and that in addition to course requirements, he also participated in the English Table activities twice a week, which has helped him improve his English speaking skills and win the contest.

Associate Dean of Si Wan College and CEO of the Center for EMI Teaching Excellence, Dr. Virginia Shen, praised the participating students for having enough courage to speak English publicly and for their active participation in the first English Speaking Contest organized by the Center. She said to the participating students that English language skills combined with communication skills and cross-cultural understanding are indispensable for them to succeed on the international stage, and pointed out that the way to achieve this is to “think in English, use English, and speak English in daily life.” Associate Vice President for Academic Affairs, Tong-Yu Hsieh, was positive about the Contest organized by the Center, which not only allowed students to compete with each other for English ability, but also encouraged them to speak English and communicate with foreigners from different cultures, which is also the objective of the English speaking enhancement courses at NSYSU.

The Director-General of the Department of Administrative and International Affairs, Kaohsiung City Government, Pin-Ho Hsiang, was very supportive of the Contest, which integrated English-language skills and knowledge of different cultures. He mentioned that Kaohsiung City has 35 sister cities around the world and that English is the best tool to communicate with them. David Herman, the Bilingual Education Advisor for the Fulbright Taiwan Foundation, encouraged students to learn English diligently to be able to express their thoughts and feelings in English, introduce their culture to the world, and become an ambassador for Taiwan.

The Center for EMI Teaching Excellence is responsible for the planning and promotion of freshman English general education courses and EMI general education courses, as well as the improvement of students’ English language skills. The general convener of the Contest and the Center’s CEO, Dr. Virginia Shen, said that the Center will continue to organize various English language competitions in the future to give students opportunities to examine their English skills and demonstrate their language competence after taking EMI courses.

The NSYSU English Speaking Contest – My City! My Pride! – was organized by the Preparatory Team led by Assistant Professor Jui-Hua Chen who was in charge of the concept, rules, invitation of the judges, and planning of the event advised by the general coordinator Assistant Professor Koching Chao. Dr. Jui-Hua Chen said that according to IBM 2010 Global CEO Study, global leaders and executives recognize that three important leadership traits are: creativity, integrity and global thinking which has given her the inspiration for the contest. She hopes that, in addition to demonstrating their English speaking skills, the participants will also develop the international mindset of future leaders.